Today’s Post Brought to You by the Color Orange

As in the view from my front porch today. 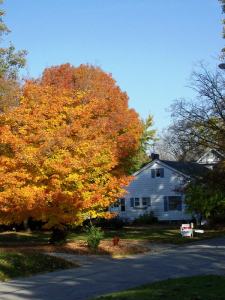 As in a very bright car spotted whilst running errands.

As in the overall impression of the yarn I’ve been spinning from the “cotton candy” wool I got in April. 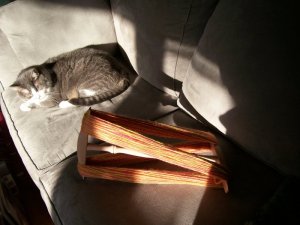 In reality it is a combo of yellow, pink, and a smidgeon of green.  In addition, it comes in a never-ending bag.

Orange is also the color of pumpkins rolling down the hallways yesterday at school, in a fit of lunacy cleverly diguised as a math lesson of some kind.

Speaking of school, I’ve had some interesting conversations with the young ‘uns lately.  When I adjusted one of our special needs student’s paper to accomodate his level of ability, he says to me:  “You’re like a fairy godmother!”  One just doesn’t get that phrase tossed around in adult chatter these days.

4th grader:  Then terrorists could use them as weapons.

Me (Wanting to move on from this conversation): Good thing there aren’t any around here then.

I’ve been knitting away, but it’s mostly stealth stuff, so no pictures today.