Leavin’ On a Jet Plane

Yesterday was an easy, relaxing day.  Jen had to work part of it, but after she came home we went to Sugar House Park and just hung out, relaxing on blankets, reading, etc.  The weather was fantastic, with temperatures in the mid seventies and sunshine.

Today I went to the Utah Museum of Fine Arts at the University.  It was crowded with kids in some sort of university program and though they were well behaved they were still a crowd of kids. While I (obviously) like kids in general I’m not fond of noisy hoards of them while I look at art.  I managed to avoid them most of the time.  Although I tried to avoid the groups of kids, I did enjoy the work done by first and sixth graders from Lincoln Elementary School.

They had a Rodin.

They had lots of sculpture and pottery.  (Click to make bigger.)

And although they didn’t have a lot of textiles, there was a huge Huichol yarn painting. 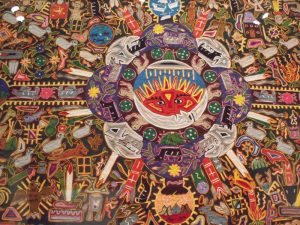 I’m supposed to leave tonight at 5:05 for Indy.  I will miss Jenny a lot.  And the good dog Lizzie. 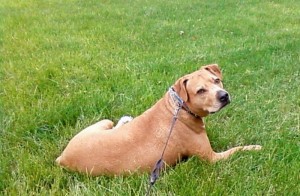