The ferry for Tancook departs from Chester, Nova Scotia, which is itself about a three-hour drive from Yarmouth.  Thursday’s trip included a stop in Shelburne at both the Tim Horton’s (Shelburne is a one-Tims town) and the Whirligig bookstore.  Paula bought a hummingbird whirligig and a chicken whirligig.  I bought . . . books.

After that it was supposed to be an easy shot to Chester and the ferry, except about halfway between Shelburne and Liverpool we noticed that we were about out of gas.  Now you can get gas in Shelburne or you can get gas in Liverpool but – you guessed it – nowhere in between.  We stopped at the Seascape Restaurant in the infamous Port Mouton (“Sheep Overboard!”)  and got directions for the shortest route to gas, as well as lunch while we were at it.  We coasted into Liverpool to gas and made it the rest of the way to Chester without incident. 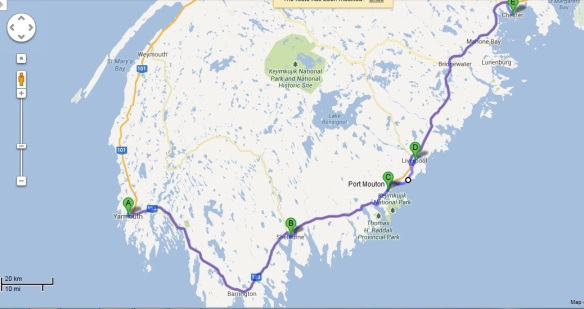 It’s an hour ferry to Big Tancook Island, and I spent both directions on the upper deck to avoid the motion sickness that moving and confined spaces bring on.  It was refreshing. Ann said I looked like a “real pink fisherman” (???) but I think I look like a giant Michelin Man with the wind-filled jacket. 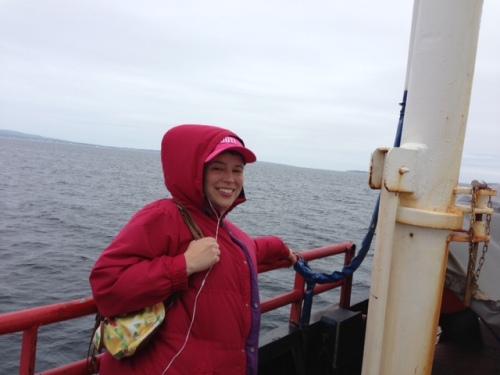 The island is only about five miles long and three miles wide.  None of the roads are paved, and the number of islanders varies from around 100 in the winter to about twice that in the summer.

We had the cutest little guest house for the night, owned by a friend of Paula’s.  It was just the right size and right on the water, with plenty of windows and lots of wood in its construction.  My ideal.  There was even an official portrait of the queen to greet you. 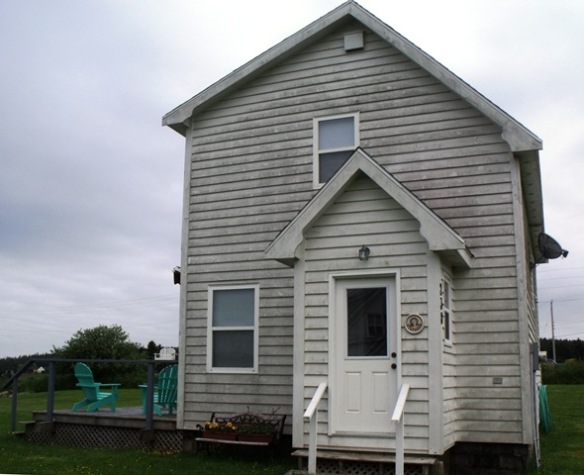 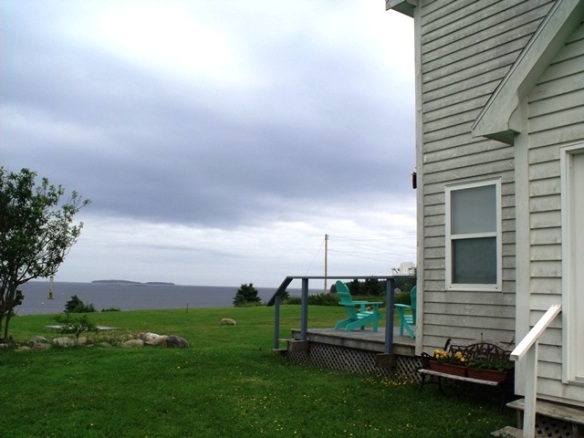 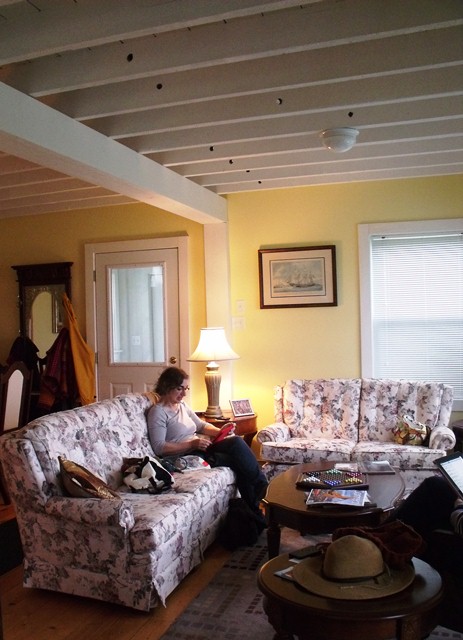 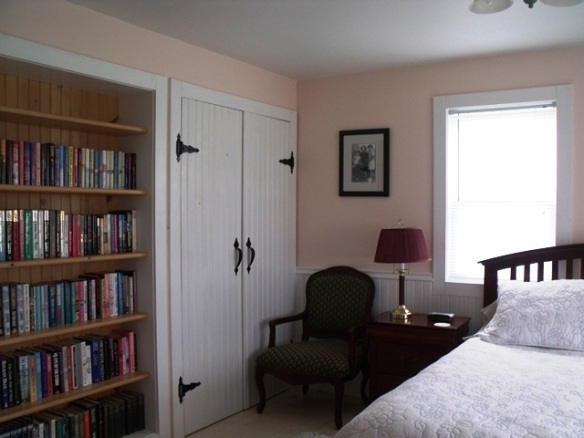 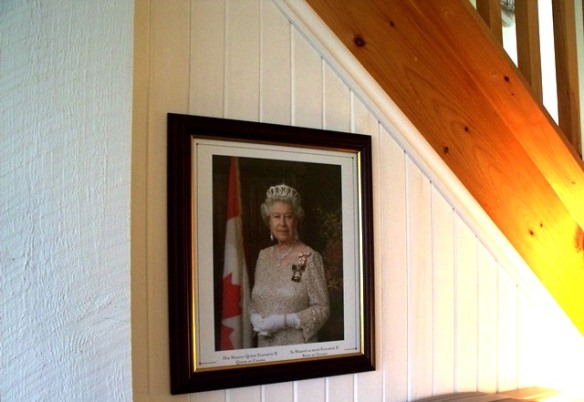 The first night we went to get fresh eggs from Hilary Dionne who runs The Wishing Stones Studio and Gallery, which also houses the island lending library, game room, and museum.  (Check out the website, it gives you a great idea of the place!)  She is a photographer and craftsperson who has a wonderful little book called The Gallery Mouse.

Although it was chilly (for me) and rainy, we had a great experience.  Our time was filled with exploring the island, seeing Paula’s and Ann’s friends, relaxing with tea and knitting, and visiting the teeny tiny school.  More on the school tomorrow, as it deserves its own post. 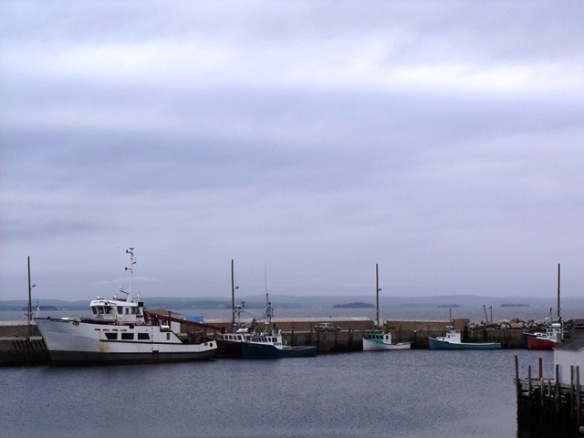 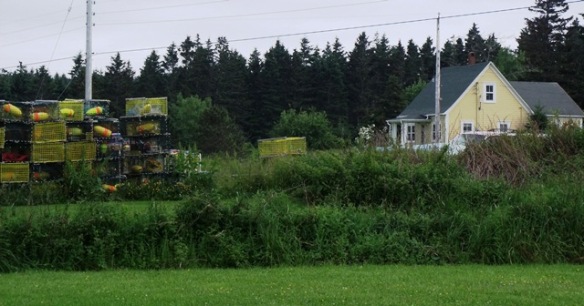 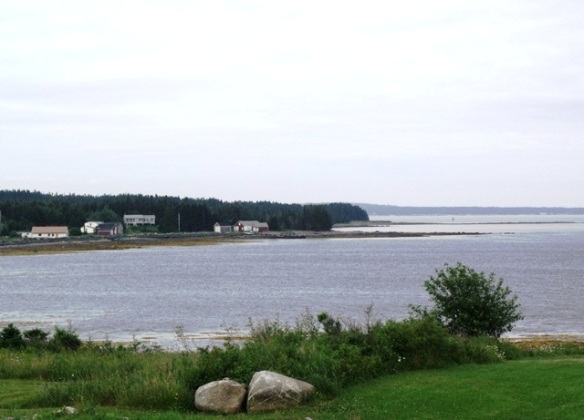